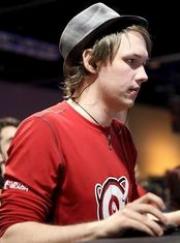 Kim "SaSe" Hammar is a Swedish player who plays Protoss in Starcraft II, and Night Elf in Warcraft III.

He is one of few European gamers who lived and played WC3 professionally in China, and now lives in Korea for SC2.

SaSe is presently ranked #2432 in highest overall earnings, and #105 in highest earnings for players from