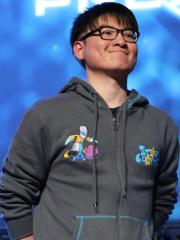 At this time, StarDust is ranked #1949 in highest overall earnings, and #1 in highest earnings for players from